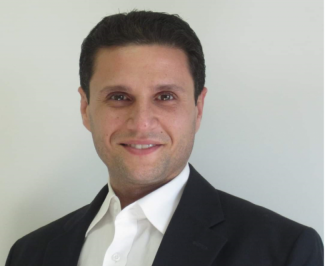 I will address the first two criticisms here and save the third for another time.

The ARF is a political party that fulfills its organizational mission in Armenia by vying for the legislative and executive branches of government. That is very normal, and precisely the way all political parties work to enact their platforms. That cannot be achieved if the ARF does not participate in upcoming National assembly elections.

The ARF serves, protects and defends the people. That is at the core of the ARF ideology and mission. It does so at all costs and by all means. It is the only party that goes from the frontlines of the battlefield to the hallways of the parliament simultaneously, but more importantly, in pursuit of one purpose. Especially at a time of existential crisis, such as now, the ARF cannot and must not be on the sidelines.

That said, unlike other political parties, the ARF has affiliate organizations (Armenian Relief Society, Homenetmen, Hamazkayin, etc) whose specific mission is to help the people, in their own capacities.

With respect to participating as part of an alliance, it is first important to note that these elections are unlike any other in the past. In all past elections, the ARF has participated on its own. However, at such a critical juncture of existential significance for our nation, the upcoming election is far less a political process and far more the means through which we can overcome the grave internal and external challenges the country faces. The participants in the “Armenia Alliance” (ARF, Renaissance Armenia and President Robert Kocharyan) together prioritize the benefit of the nation-state beyond any political gains.

Restoring the state’s foreign-diplomatic reputation, establishing priorities for our foreign diplomacy strategy, reestablishing our standing among the international community, repairing strained relations with friendly and allied countries, harnessing the full potential of the Diaspora as a joint partner in nation building, strengthening our statehood and military, and reinvigorating the masses – are all part and parcel in the effort to prevent war, secure dignified peace, and to chart the course for a prosperous future.

And to accomplish all this unity is key. Unity among all those who not only believe in the aforementioned, but have the experience and track record to bring it all to fruition.

This requires thinking beyond party lines. This requires decision making not for approvals or applause but exclusively for the gain and benefit of the homeland and nation.

Each participant in the “Armenia Alliance” has committed to just that – country and people first.