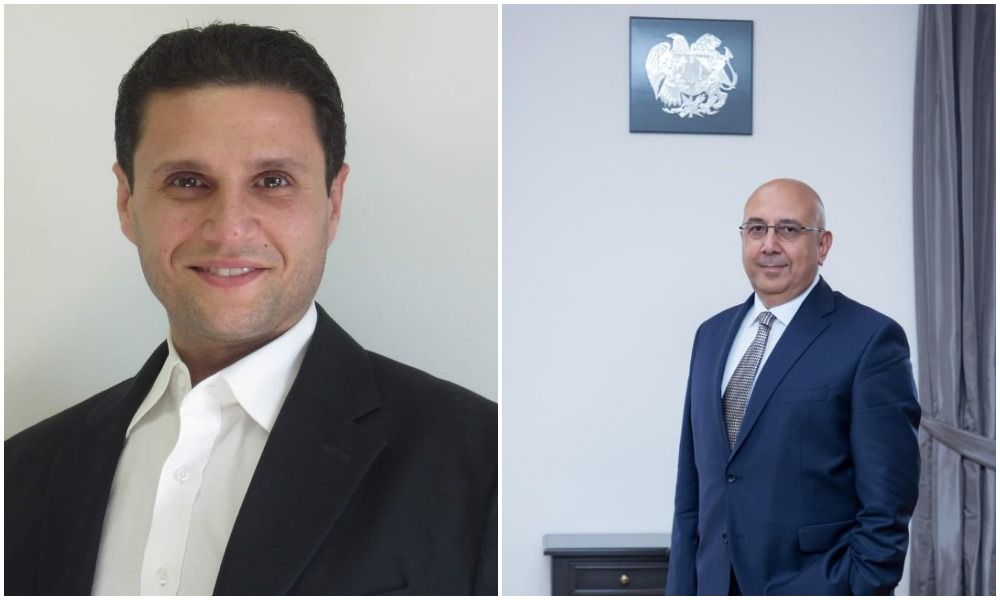 Diasporan Armenian public and political figure living in the United States, ARF member Vicken Sosikian sent an open letter to the Consul General of Armenia in Los Angeles, Armen Baibourtian. We present the letter below.

I hope this letter finds you well. I address you first as Armenia’s foreign affairs representative in Los Angeles, and secondly, as an Armenian individual.

The ministry you represent here, much like, the rest of the ministries in the Pashinyan government operate at the, often faulty, direct direction of Nikol Pashinyan. If multiple resignations of ministers is insufficient to testify to this fact, perhaps the numerous occasions on which he has used the term “I have directed” when speaking about directives he’s given to your superior Mr. Ararat Mirzoyan, is adequate. This fact may not represent a problem if viewed in a vacuum. However, it is certainly of serious concern when:

1) The trilateral announcement secretly signed by Pashinyan on November 9, 2020 has been implemented in full by the Pashinyan government and the ministry you represent, while points 1, 6, 8 and 9 continue to be violated by the Azerbaijani side.

2) The primary mandate of the Foreign Ministry and your mission is to defend the interests of our Republic, yet the government which you are indirectly a part of, has handed to Azerbaijan several Armenian territories and control over key segments of international roadways – even before formal demarcation and delimitation discussions.

3) On the topic of demarcation and delimitation of boundaries, your government insists on using Soviet maps as a basis for talks, while quite ludicrously cites National Assembly legislation on administrative borders to support this absurd approach.

4) In direct violation of Article 205 of the Constitution, Nikol Pashinyan stated, in his most recent press conference, that he does not think a referendum is necessary for the implementation of territorial adjustments made as a result of the bogus demarcation and delimitation agreements.

5) Your superior, Ararat Mirzoyan, continues to announce that he sees “positive signals” from dictator Erdogan and that he is ready to normalize relations, without preconditions, with the very same nation that carries responsibility for the Armenian Genocide.

I can certainly continue this list, by listing fact upon fact showcasing Nikol Pashinyan’s many acts of treason and failure, but will opt to stop here for now.

Ambassador Baibourtian, do you think the aforementioned points are in the best interest of our Republic (interests you are mandated to defend)?

If they are, please indicate accordingly. If they are not, each day you remain a representative of the Foreign Ministry that continues to disintegrate our statehood, you carry your share of responsibility for the future outcomes.

Now, as an Armenian individual, Ambassador Bairbourtian, please shed some light, do you personally find the current government’s actions in the best interest of Armenia? Are you not at all offended by being part and parcel to the calamity that the Pashinyan government continues to bring upon our nation? Is there any remorse? What about personal pride?

If yes, you have a personal obligation not only to step down as a representative of the Foreign Ministry, but also, an equal obligation to join the tens of the thousands in our community who call on Nikol Pashinyan to step down and step back.

If not, you can expect to be remembered accordingly in the not so far off history of this chapter in our Homeland’s history, as Nikol Pashinyan will, sooner or later, desert you and yours just the way he deserted our boys on the frontlines.

I look forward to hearing back from you promptly.

ARF Armenia Supreme Body member and secretary of the Hayastan Dashinq parliamentary faction, Artsvik Minasyan's press briefing regarding the work of the commission he chairs to investigate the government's transferring of Hayastan Himnadram donations to the state budget. ... See MoreSee Less

Various elected officials and politicians addressed those gathered at the global Armenian National Committee conference being held in Yerevan. Here's a compilation of the remarks made, with Armenian language dubbing. ... See MoreSee Less

նյութը երկլեզու ⬇️"Nikol Pashinyan will, sooner or later, desert you and yours just the way he deserted our boys on the frontlines."Vicken Sosikian’s Open Letter to Ambassador Armen Baibourtian, Consul General of Armenia in Los Angeles ... See MoreSee Less

Nikol Pashinyan Will, Sooner or Later, Desert You and Yours, Just the Same Way He Deserted Our Boys on the Frontlines - ARF Western U.S.A.