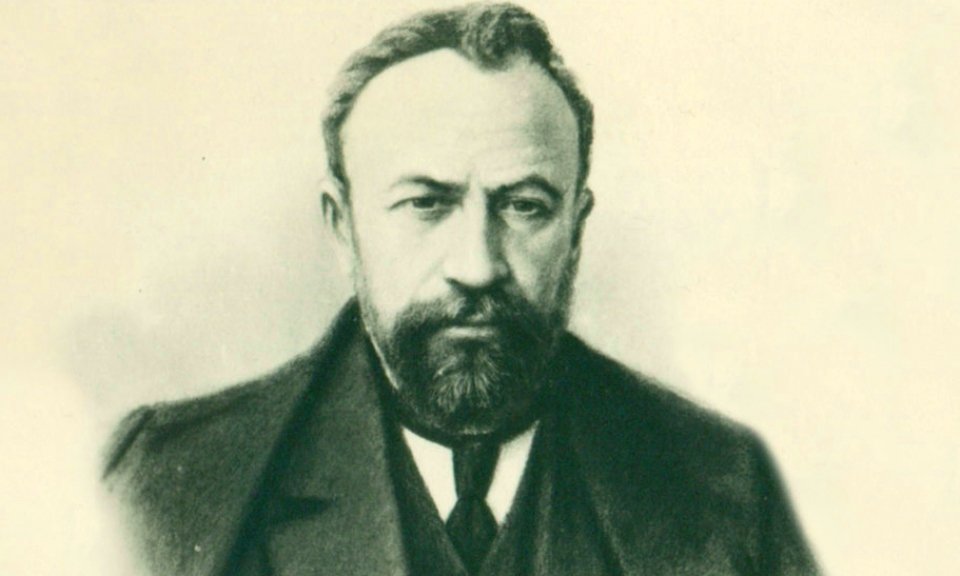 A translation/interpretation of Harmful Elements (Վնասակար Տարրեր) by Rosdom (Stepan Zorian), one of
the founders of the Armenian Revolution Federation (ARF Dashnaktsutyun), published in Droshak in 1896
in response to the detractors of the Armenian revolutionary movement spearheaded by the ARF to
defend and protect the rights of the Armenian population in the Ottoman Empire at that time. Rosdom
penned his masterpiece 125 years ago, and it has remained applicable and relevant to the Armenian
reality in the homeland and the diaspora ever since; even more so today as various characters from
Yerevan and Armenia to Los Angeles and the U.S. have emerged. Although the names of the actors, and
towns and regions may be different, the tactics and methods of the modern-day harmful elements are
alarmingly similar, and it remains just as important today to recognize, identify, and remove the
obstacles and distractions to continue working towards our goals.

May 1, 1896. Droshak.
Each time the revolutionary organization gains power and influence as a result of the resilience, sacrifice
and unwavering dedication of its members, a commotion emerges. Distractions appear in various
segments of society when the revolutionary minority gains momentum and the people begin to have
faith in its success, belief in its goals and take tangible steps to advance along the revolutionary path.

Each time the people’s spirits are uplifted and they start to believe, support and participate in the
movement, various forms of snakes begin to surface; these opportunists, exploiters, usurers, snitches
and even traitors, skillfully adapt to the circumstances of the day and enter the arena as
“revolutionaries,” “patriots,” sympathizers or supporters of the revolution or the Cause. They are
extremely dangerous and harmful during such critical times as they play on people’s emotions using
inflated and boastful statements to exploit the naivete of the masses.

These self-righteous hypocrites are an unbearable pain and a plague on the revolutionary movement.

Whenever we face a temporary setback, these vile creatures create even more diversions and problems
for the dedicated and tireless revolutionaries. They retreat to their lairs and peddle altruistic and
populist ideals such as “prudence,” “foresightedness,” “common sense,” “love for the people,” and
“unity” (without purpose) while continuing to conceal their true colors and motives. They deceive and
manipulate the population for personal gains while using the deceptive titles of “revolutionary” and
“patriot” as they become the most harmful obstacles to the revolutionary path.

These creatures are like garbage strewn along the revolutionary path in large or small piles with various
shapes and sizes, colors and odors polluting the environment.

Occasionally, the revolutionary patriot must stray from his original purpose to deal with this garbage
that hinders the movement’s progress. He must take on the disgusting task of clearing the path knowing
full well that with the first swing of his broom the piles of garbage will disperse and fill the air with their
stench, creating an environment of accusations, lies, slander, gossip, and intrigues… but the
revolutionary patriot must work through these horrible conditions to continue working towards his main
true purpose.

Along the way we see utopists preach for political parties to unite, while some establish personal
associations or organizations under the name of unity, only to escape from the difficult revolutionary
tasks necessary to advance the Cause. These “prudent revolutionaries,” liars, cheats and charlatans
conveniently and endlessly aspire to prepare, without ever taking action.

They hide behind disingenuous philanthropy and supposed kindness, and with their naïve followers,
campaign against the ARF Dashnaktsutyun. These parasites discuss the dire condition of our people and
with crocodile tears state “The people need bread, not weapons as the time for revolutionary methods
or tactics has passed.”

They take advantage of this opportunity, using people’s pain and suffering, to portray themselves as
good, sensitive, kind-hearted and prudent individuals who adapt to the demands of the time and
understand the needs of the masses.

Under the guise of their benevolence, they present themselves as indispensable and invaluable for the
homeland, and in the process conveniently excuse themselves from the difficult revolutionary activities
safeguarding themselves from any personal risk. They assert the people need a balanced, prudent and
knowledgeable shepherd to oversee, guide and save the masses from becoming lost or swayed by
“extreme” revolutionary ideals and action that “will lead to an abyss of losses.” In doing so, they cleverly
seize the moment and continue falsely portraying themselves as patriots.

Our people’s ‘true friends’ say “we must give the people bread.” Who says the opposite and that there’s
no need to provide bread? But why don’t you at least do that much? Why do you also place that burden
on the revolutionary organizations? Where were you after the massacres in Sassoun when the ARF
Dashnakstutyun was forced to stray from its main purpose to provide charity in the form of financial aid
from its own resources to our helpless country? Where were you after the latest massacres when once
again the ARF Dashnaktsutyun provided assistance to our wretched, robbed, and bloodied people?
And now, when you’re preoccupied with merely reciting patriotic sermons and only raise pennies from
your fat friends, it is once again American, English, and even German and Swiss missionaries that are
helping our people.

They recite, “we should not give the people any weapons” when the facts and evidence clearly show
that the villages that were massacred, robbed, and destroyed did not have enough weapons to defend
themselves, while those areas where we had weapons, or armed Hayduks, fought and successfully
defended their regions and properties, or even remained free from attack.

They continue to repeat this nonsense even though the Armenian people throughout the region
anticipate new attacks every day, especially in areas that remain free; while the Turkish government
maintains the Hamidian regiments and other mountain people at its disposal, on alert and ready to
attack at any time; while Armenians in the provinces who understand the importance of defending
themselves desperately scream out for weapons to do just that; while our villages that were recently
robbed and sacked hold fundraisers amongst themselves and donate their last cent for the chance to
arm and defend themselves.

The people are demanding weapons, meanwhile our “prudent” figureheads are trying to convince the
people that they are mistaken and they actually need bread, not weapons. Should we believe the
sincerity of these prudent fools?

They demand, “It’s necessary to stop the revolutionary movement” and are sometimes even joined by
those devastated from the latest massacres, who still have nightmares of the destruction and speak
from emotion without using their intellect or common sense.

We’ve already shown it is impossible to stop the revolutionary movement as it is a natural consequence
of our unbearable situation, and as conditions worsen the revolution will grow and become more
powerful and severe. Only reforms and resolving the horrible conditions in the region can end this.

They remain safe and secure on the sidelines yet demand to stop the movement, and even blame the
revolutionaries for the massacres. These weak shortsighted fools quickly fall into despair forgetting
about mankind’s plight throughout history, the terrible hardships nations endured to achieve freedom,
and the hellish tortures Armenians faced throughout the centuries. Within this context they exaggerate
the impact of the latest losses in order to comfortably capitulate to the enemy.

The latest events were undeniably a huge blow to the Armenian people; a horrific impact seen and felt
by all as our enemies brazenly and openly butchered our people and terrorized the survivors.
We too had many losses as Armenian blood was being spilled and our Armenian provinces were being
emptied or filled with Kurds, Cherkens, and others. Yet people still haven’t grasped the severity of the
situation, they aren’t outraged or furious, and they don’t care about the unbearable conditions and
horrors forced upon our people. Our enemies barely start to attack and our exhausted and weakened
people are quietly slaughtered. Where are our hardened, strong and tough residents of the Armenian
provinces? Forget ancient history, the plains of Mush, Vasbouragan, the Garin and Papert region,
Khunous, Pasen are all being significantly emptied right before our eyes. Alashgerd and Payazid lost 90%
of their population.

The “prudent patriots’” continue the sermons in their attempts to negatively impact and slow down the
revolutionary movement. They say the Armenians are incapable of living in Turkish Armenia under these
conditions; they are exhausted and weak; they are dying; they are incapable of protesting, standing up
for themselves and joining the revolution as their only savior. But the demands for justice are now
embedded in the blood of the Armenian people. You cannot rattle our nerves or change our minds, or
treat our people like animals. Try if you dare, but those of you hoping to end the revolution will be all
alone in the end.

The people have started the revolution and will continue it to its end. Now, it remains for all of us to
collectively realize and recognize the various forms of garbage on the revolutionary path, hurl them
aside and continue the fight unobstructed and without distraction to save our people.