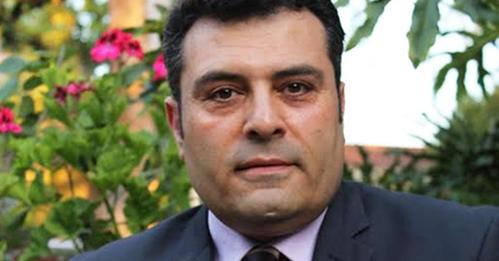 Three years ago, a majority of the Armenian people thought a “savior” arrived to create a prosperous, united, and strong Armenia. A few Armenian politicians and rock stars from the US even travelled to Armenia to support his cause.  This dream of a strong state with a national army was quite short lived. The “populist” Nikol Pashinyan began to show his true face just months after he gained a super majority in the Armenian parliament. Soon after, he began to act in the same ways that he criticized others for throughout his campaign. He started to persecute his political opponents, his thugs began to beat up their citizens in public with impunity, and his police force became more oppressive than any other in the second independent Republic’s era.

Under Pashinyan’s rule, the Republic of Armenia became weaker and weaker. Instead of pursuing nation building policies, he and his team were more concerned about receiving their monthly bonuses. Corruption reared its ugly head and thanks to a group of inexperienced and unqualified individuals running the governance of the country, the economy tanked, and mismanagement of state affairs became the new norm.

Pashinyan not only lost support inside the country, but he also alienated the Russians who, whether we like it or not, are the only country/ally willing to get involved in the South Caucuses affairs. It is absurd for a leader to estrange an ally who is protecting his country’s borders. Pashinyan’s disastrous leadership culminated in a weak and vulnerable country in just 2 years.

Armenia, surrounded by enemies, became a defenseless target. Azeris, who had been waiting and preparing for this moment for a long time, showed no hesitation and initiated an assault on Artsakh. Once again, Pashinyan’s incompetence proved to be a disaster for the country. He not only deceived the entire Armenian nation and the diaspora but also became complicit, with the bloods of thousands of soldiers and modern day Fedayis on his hands.

It seems like this master of blaming others for all his failures came to power with one intention – to hand over Artsakh to Azerbaijan and Syunik to Azerbaijan and Turkey. He betrayed the trust of every Armenian, every soldier, and every patriot. The so-called agent of change became the agent of treachery, while shamelessly insulting Armenian values that our proud people have preserved for thousands of years. He called Shushi an Azeri city, he said we don’t need borders with Azerbaijan, he insulted the brave people of Syunik, and most scandalously he believes that Azeris should come and live amongst Armenians. All this is expressed by the so called the “leader” of Armenia whose counterpart in Azerbaijan claims that Yerevan belongs to them and there should be no Armenia.

It is appalling to see that a not so small faction of the people still supports him. I say to them that the choice is yours – the existence of Armenia and the Armenia people is under attack by team Pashinyan on the inside and by our enemies on the outside. This is an existential threat and should be eliminated. On June 20th elect wisely and save Armenia, we choose “To Be”.