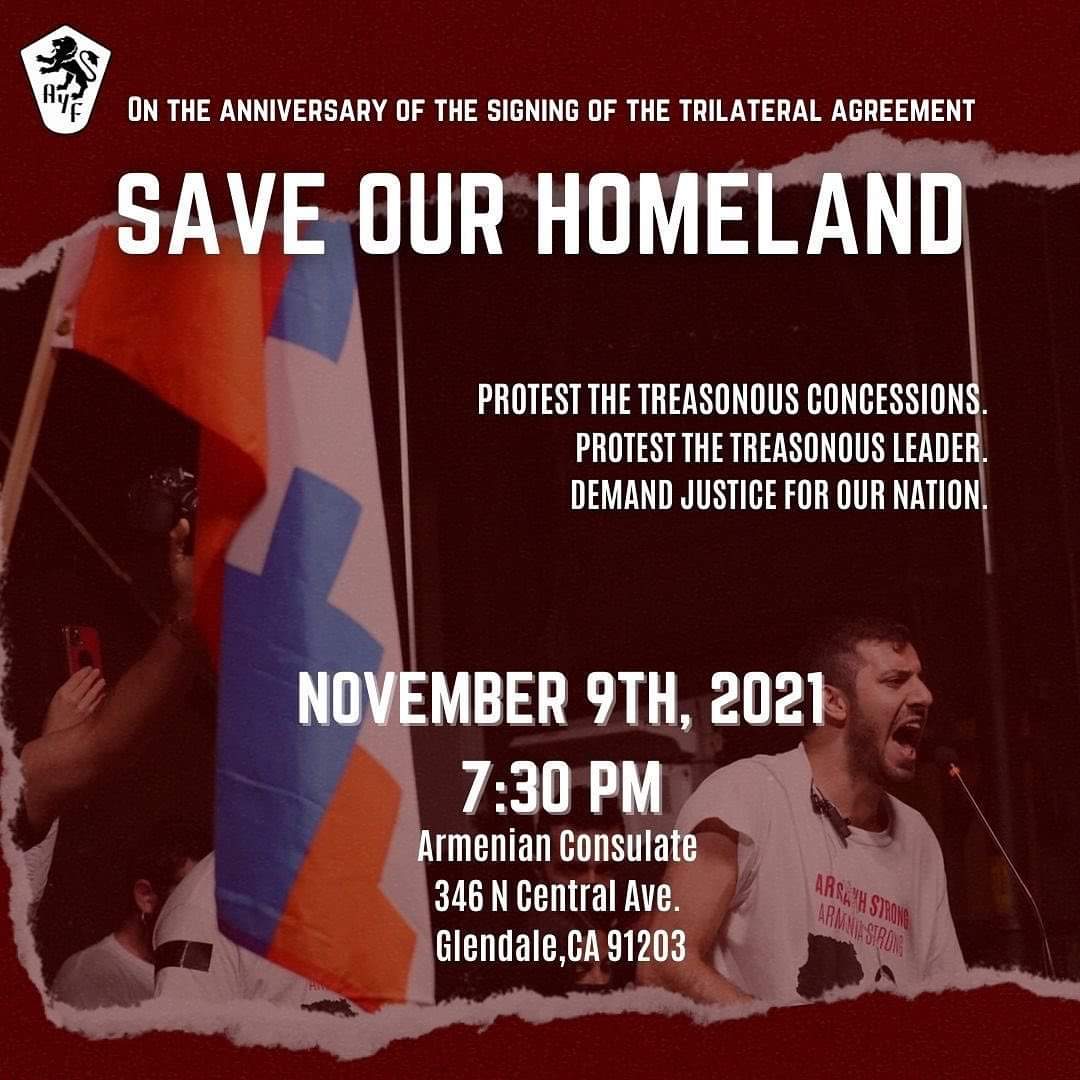 The Armenian Youth Federation of Western United States has announced that it is inviting all concerned Los Angeles Armenians to a protest on November 9th at the Armenian Consulate in Glendale.

The announcement calls for a protest against the “treasonous leader” of the Armenian government and to “save the Homeland” from “treasonous concessions.”

We stand with our youth and echo their calls.