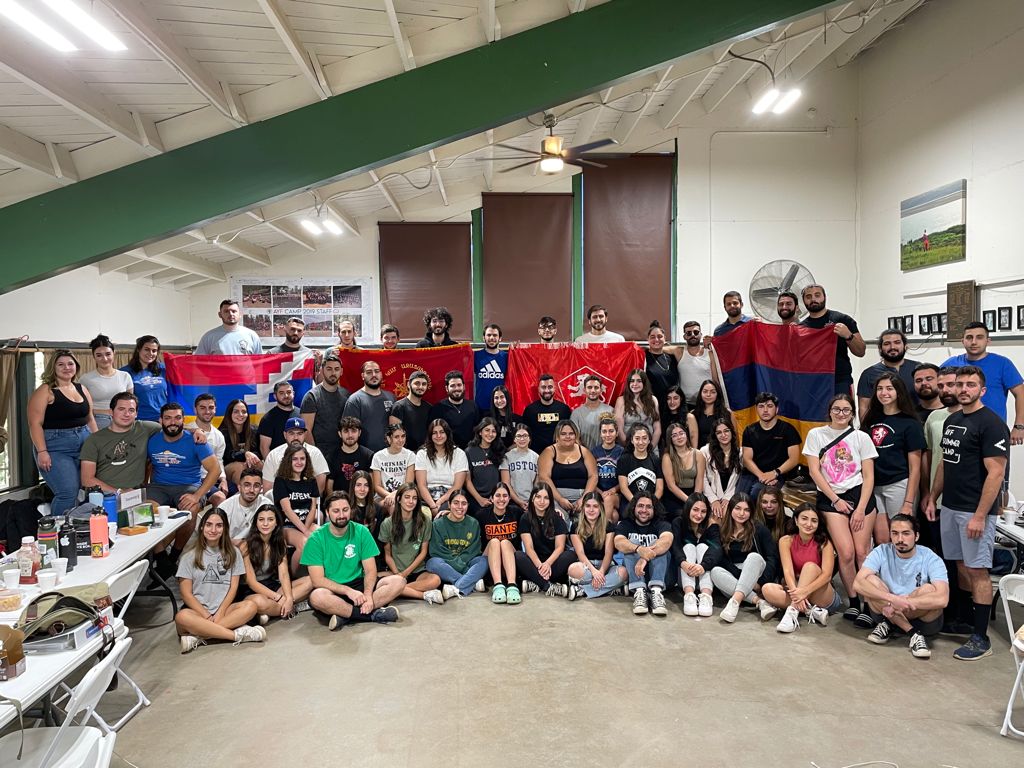 The Annual AYF Convention is a representative meeting that makes binding decisions for the upcoming year’s organizational activities and concludes with the election of a new Central Executive to govern the organization and administer the convention’s decisions.

The 47th Annual Convention, spanning over five days, also evaluated the organization’s work over the last fiscal year; assessing the progress of programs, events and initiatives that were carried out by organization on the local and regional level.

In light of the unfortunate developments in the Homeland over the last year, the Annual Convention discussed an array of issues that would allow Armenian youth to advance the Armenian Cause. From addressing our roles within the security of Armenia and Artsakh, to considering fresh routes to mobilize communities more impactfully, the Annual Convention emphasized the significance of the Diaspora’s role toward the national path to a strong, free, independent, and united Homeland. The meeting also emphasized the need to target the youths’ efforts on Artsakh, the Province of Syunik, and other regions that are exposed to Azerbaijani occupation. Finally, the gathering also reaffirmed the organization’s commitment to remain active anywhere and everywhere the Homeland needs support.

“It is important to distinguish that the approaching fiscal year is one that may involve difficulties as we unconditionally dedicate ourselves to the betterment of our Homeland during such a tumultuous time,” said Central Executive member Ashot Voskanyan. “It is without a doubt that the AYF-WUS stands with our compatriots with unwavering conviction and sincere dedication.”

As Artsakh is once again under attack, here's an update from Stepanakert by Gev Iskajyan. ... See MoreSee Less

As citizens of enemy states enter our Homeland and spread videos displaying the gray wolves symbol, the Pashinyan regime continues its hostile treatment of Diasporan ARFers by stripping them of the most fundamental right of every Armenian - access to and service for the Homeland. Suneh Aprahamian of the ARF Youth Organization in Netherlands, along with her sister and other members of the group had arrived in Armenia to organize a free summer camp for the youth of Kapan in Syunik. The camp is one of several organized every summer throughout Armenia and Artsakh by ARF Youth Organization units globally. Suneh's entry into Armenia was denied. She was declared persona non grata. With these actions, the Pashinyan regime has shown that its attacks are not just against ARFers, but also the people of Syunik. This follows the recent entry denial of ARF Bureau member Mourad Papazian; creating a new pattern, which, similar to much of Pashinyan's efforts, are counter to the interests of our nation. In light of these developments, we reaffirm and amplify our support of the ARF Armenia Supreme Council and all of its efforts to save our republic from the present day occupiers of the government. ------The ARF Youth Office circulated a bilingual announcement in light of this development, which can be found here:https://arfd.am/new/news/… ... See MoreSee Less

The Armenian National Committee of America (ANCA) – in a series of online and in-person briefings – is rallying Armenian American communities across the United States in support of a series of legislative initiatives to defend Artsakh, strengthen Armenia, and hold Turkey and Azerbaijan accountable. ... See MoreSee Less

39th Commemoration of an Act of Ultimate Sacrafice on the Altar of Justice ... See MoreSee Less