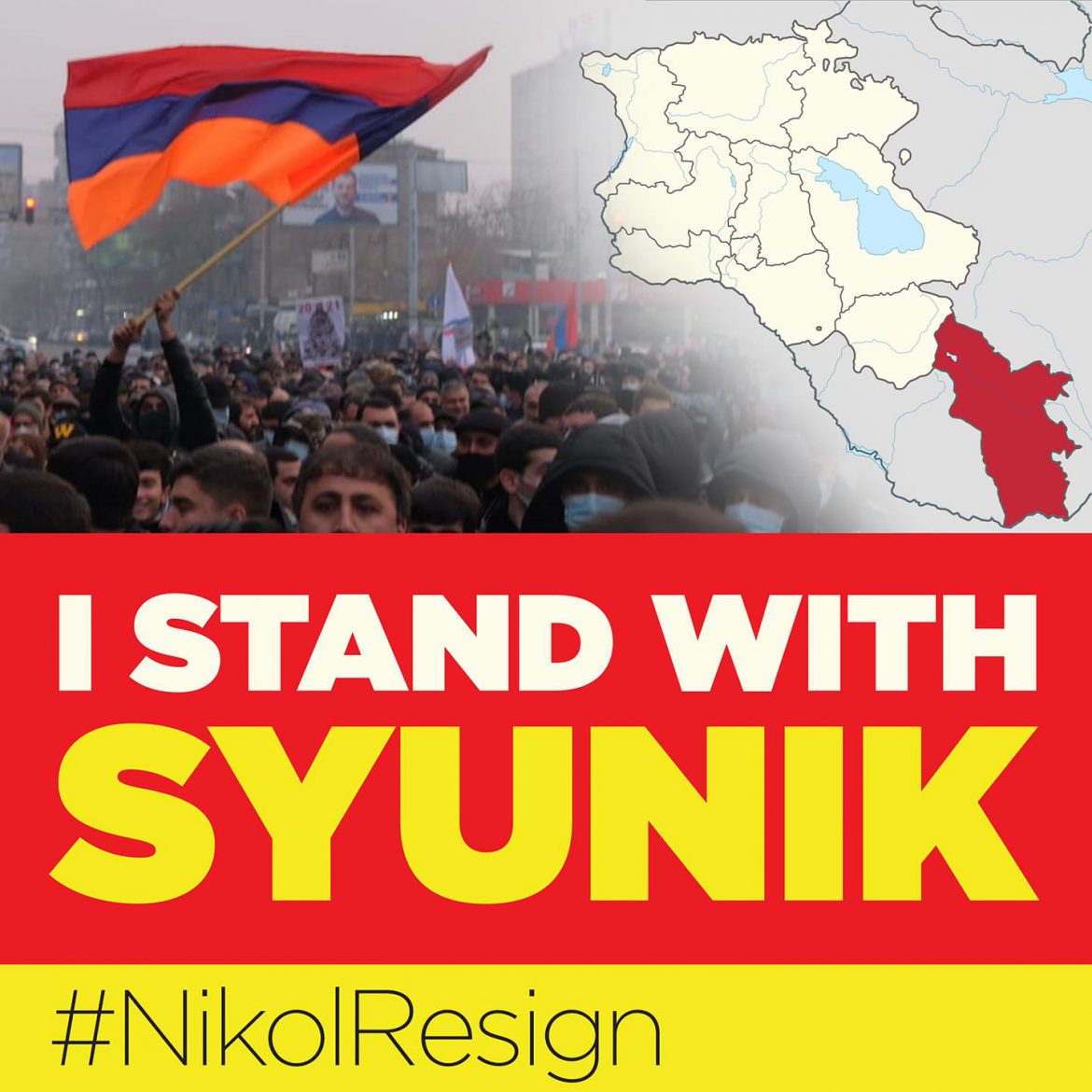 Yesterday and earlier today, Nikol Pashinyan visited communities within Syunik, where he was greeted by large groups of angry locals who, lodged a flurry of superlatives – sending him off with a clear message of unacceptance for him and his war-time, as well post-war, treasonous actions.

As he prepared to return to the government house in Yerevan, protestors blocked the roads leading to the house. Hundreds of police swarmed the area and, amidst altercations with the protestors, several citizens – including many ARF members – were detained.

Several members of the ARF Supreme Body in Armenia were present and provided their analysis to local press representatives.

As of this writing, the crowd remains at the government house.

Earlier, Pashinyan directed the National Security Service to find and arrest all those who “violated the law” with their expressions in Syunik. Fresh reports from the province indicate several police buses have already arrived in the area to begin mass detentions and arrests.

Meanwhile, with various posts of encouragement and the below graphic, Facebook users among the global Armenian community expressed widespread support for the actions initiated by fellow Armenians in Syunik.

A full report of the situation is available here: